Skip to main content
Hope & Healing for People with Chagas
From physical suffering to emotional distress and social stigma, Chagas disease takes a heavy toll on infected individuals, their families, and communities. Between 8 and 12 million people around the world are infected with Chagas, with more than 10,000 deaths annually. It’s estimated that 99% of people with Chagas do not receive treatment—either medication is not available in their rural communities, consultations and cardiology exams are prohibitively expensive, or infected people are far away from medical care.

How Humans Get Chagas 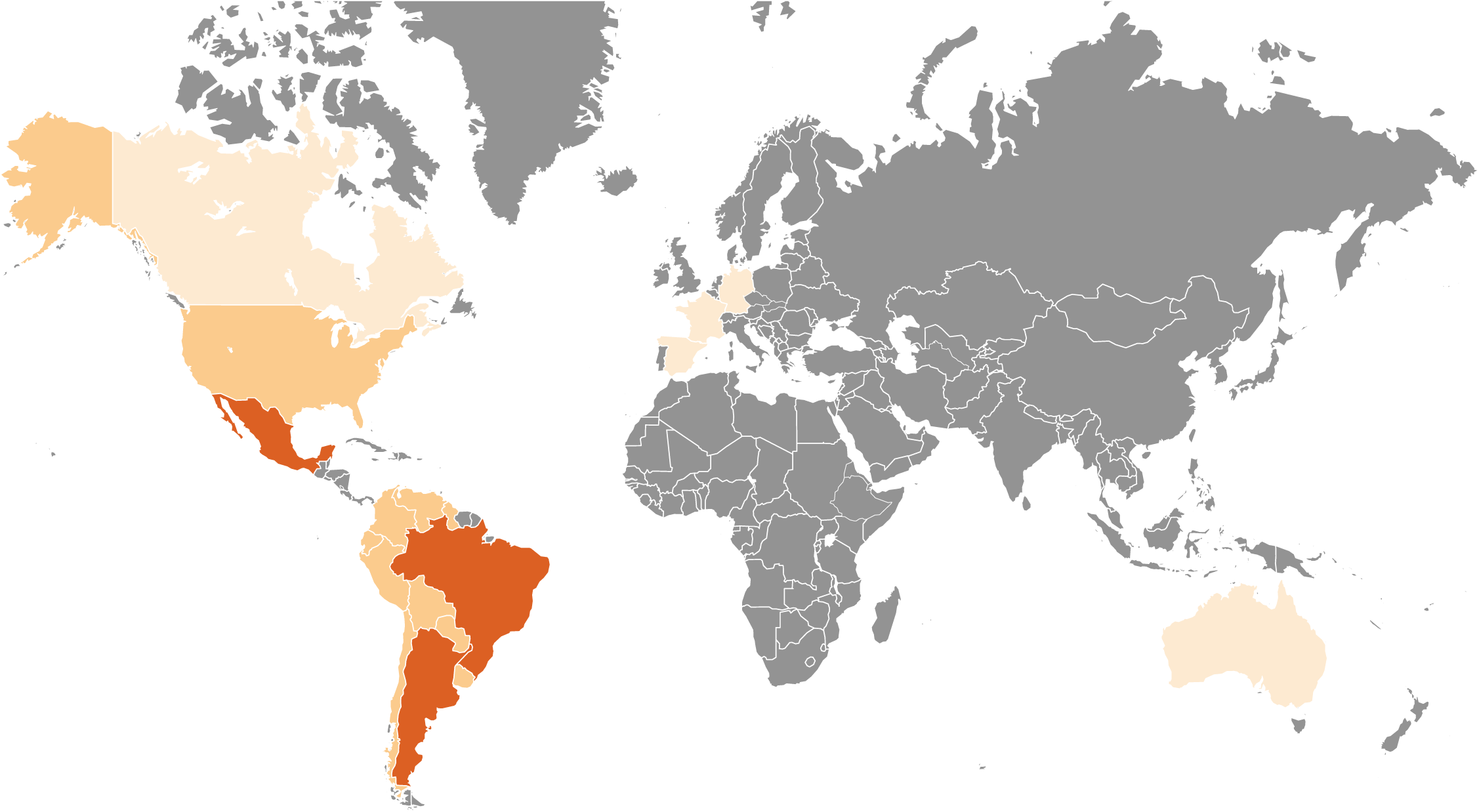 Chagas disease is endemic in Latin and South America, however it is increasingly found in the U.S., Canada, Europe, and some Western Pacific countries.

Trypanosoma cruzi is the parasite that causes Chagas. T. cruzi is spread by triatomine bugs, also known as kissing bugs. People who live in adobe, straw, palm-thatched, or mud-walled structures, or in wooded areas, are more vulnerable to the bugs. However, triatomines can also invade modern homes in America, like mosquitos or cockroaches do.

Kissing bugs emerge at night and tend to feed on people’s faces as they sleep. Usually infected kissing bugs bite humans, ingest blood, and then defecate on the person, spreading the T.cruzi parasite via a break in the skin or a mucous membrane. Often, the sleeping person unknowingly scratches or rubs the feces into the bite wound, eyes, or mouth.

What should I look for?

Chagas has two phases: an acute phase and a chronic phase.

The acute phase lasts for a few weeks or months after infection. People often don’t realize that they have been infected, because they might not have symptoms—or mild symptoms such as fever, fatigue, body aches, headache, rash, loss of appetite, diarrhea, and vomiting—that can easily be mistaken for something else.

A physical examination can reveal an enlarged liver or spleen, swollen glands, and local swelling (a chagoma) where the parasite entered the body. The most recognizable mark of acute Chagas disease is called Romaña’s sign, which includes swelling of the eyelids on the side of the face near the bite wound or where bug feces were deposited. Even if symptoms develop during the acute phase, they usually fade away on their own, within a few weeks or months. The infection can be more severe in young children and people with weakened immune systems.

During the chronic phase, the infection may remain silent for decades or even for life. However, some people develop:

What should I do?

Antiparasitic drugs are traditionally used to treat acute and congenital infections, chronic infections in children 18 years or younger, and reactivation of latent infections in people with weak immune systems. Anti-parasitic treatment is most effective early in the course of infection.

Many physicians in the U.S. are unfamiliar with Chagas or think that it is limited to immigrants from Latin America. However, kissing bugs and Chagas are found in Texas and throughout the southern United States. People who travel to Latin and South America are at risk if visiting rural areas or areas with endemic triatomine bugs. If you think you might have Chagas or been bitten by a kissing bug, visit your healthcare provider. Chagas can be diagnosed by blood tests.

If you’re traveling to areas where Chagas is endemic: