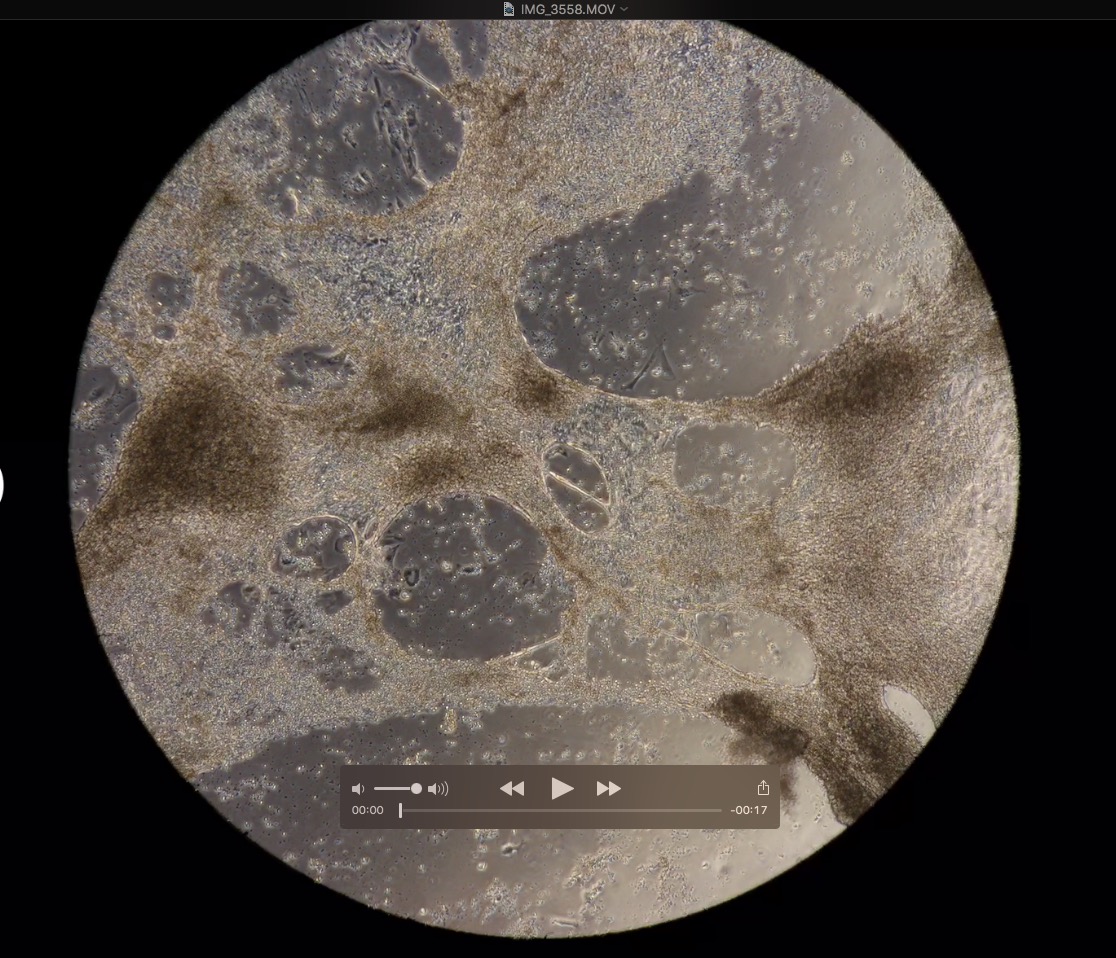 Nobody—canine or human—was harmed to make this video! In this clip, you’ll see beating human heart cells that were cultured from umbilical cord embryonic stem cells. Grown in a lab dish, they can divide to produce more of themselves, or they can mature into nerves, insulin-producing cells, and even form tiny clusters of early heart cells that beat a steady rhythm. The technique was developed at Stanford University and allows researchers to identify genetic mutations, test drugs, and advance understanding of cardiac disease.

Part of our scientific testing methodology is to explore the use of Vidarone and its effect on trypanosomiasis in human cardiac stem cells, in collaboration with Cardiovascular Medicine at Stanford. We infected cells with Chagas disease and added Vidarone to track efficacy against T. cruzi. We also tested Vidarone against benznidazole, a drug approved by the FDA on August 29, 2017, for use in children ages 2 to 12 years old with Chagas disease. In our studies, Vidarone cleared the parasite more than 95% of the time after just two days of treatment; benznidazole worked 58% of the time and only in the acute phase of Chagas disease. Our study is here. Props to David A. Stevens, MD, Professor (Emeritus) of Medicine, Stanford University Medical School and Chief of the Division of Infectious Diseases and Hospital Epidemiologist, Santa Clara Valley Medical Center, Stanford and San Jose, California. Dr. Stevens’ assistance and expertise during the testing was invaluable.

Get your dog tested and get your Vida heart tag