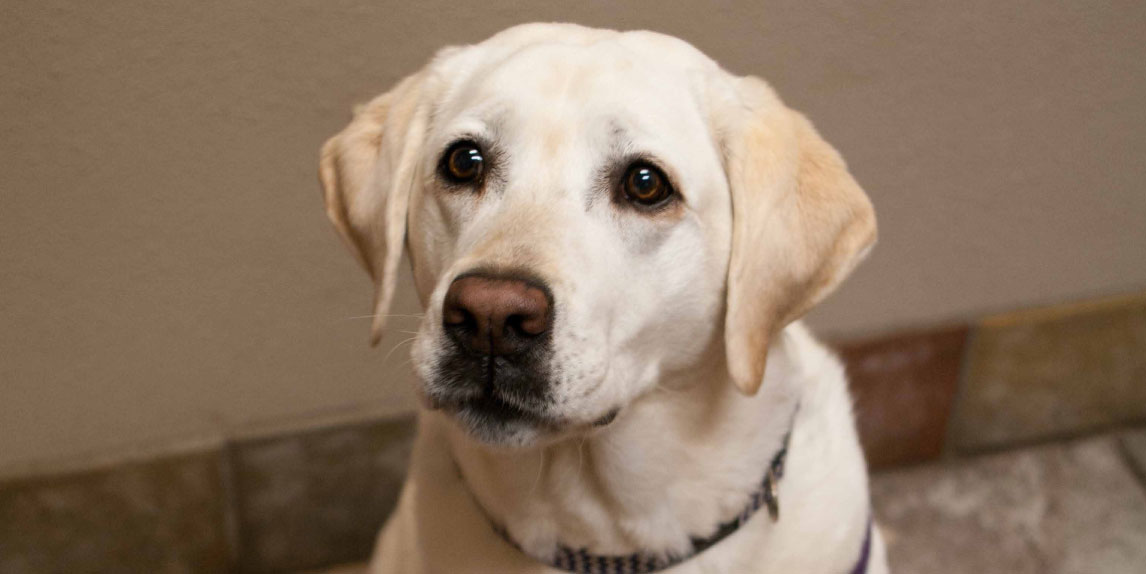 Alsace and her younger sister Harlan love dinner. Turn down food? Unthinkable. Every evening the two dogs wag, wiggle, and throw in a few shimmies while Janelle and Kent prepare their bowls. Then it’s a sashay and race to the back yard for the grand finale. In late 2016, the dinner dance was in full swing when suddenly, Alsace collapsed to the ground.

Kent held her head up and blew in her mouth for what seemed like ages before Alsace opened her eyes and got up, dazed. As they rushed her to the emergency clinic, her heart was racing. The clinic ran numerous tests and placed her on three medications to reverse the arrhythmia. Thinking that Alsace had heart disease and unable to pinpoint a cause, the emergency clinic decided to test her for several possible conditions, including Chagas disease, and recommended that Kent and Janelle take Alsace to a cardiologist. After calling canine cardiologists in Austin, at Texas A&M University, and in Houston, they were able to book an appointment with a veterinary cardiologist in Houston the following week. In Houston, the clinic monitored Alsace’s heart for 24 hours but results were inconclusive. The next day, Janelle and Kent received news that the Chagas test results were positive.

“We immediately got online and started reading everything we could about Chagas,” said Janelle. “What we found was discouraging, because there was basically no hope for a dog with Chagas. I inquired about clinical trials, with no luck. We would have traveled anywhere out of the country for treatment. We even considered going to Venezuela where Chagas is common, but that was impossible because of the political situation.”

In the meantime, Austin Heart Vet, a veterinary cardiology clinic, called Janelle to say that they now had an opening. The Austin clinic had worked with Dr. Madigan and knew of his work with Chagas disease, and they suggested that Janelle contact the Animal Hospital of Smithson Valley. They were able to make an appointment right away and Dr. Madigan began treating Alsace immediately. In just three months, her tests came back negative for Chagas. They continued treatment and after six month, nine months, and one year, all tests were negative and she was cured.

Since treatment, Alsace is back to hiking, going on jogs, swimming in the pool, and doing the dinner dance. Janelle contacted all of the veterinarians who had seen Alsace to let them know about her treatment process. They’ve had pest control treatments on their property to help prevent kissing bugs from proliferating, and they’ve urged told friends and neighbors to have their dogs tested for Chagas.

“We feel so blessed that Austin Heart Vet suggested Dr. Madigan,” said Janelle. “Now every time we take the dogs in for vaccinations, we have both tested for Chagas. It’s our new standard procedure.”

Get your dog tested and get your Vida heart tag